Why you should consider an engagement shoot 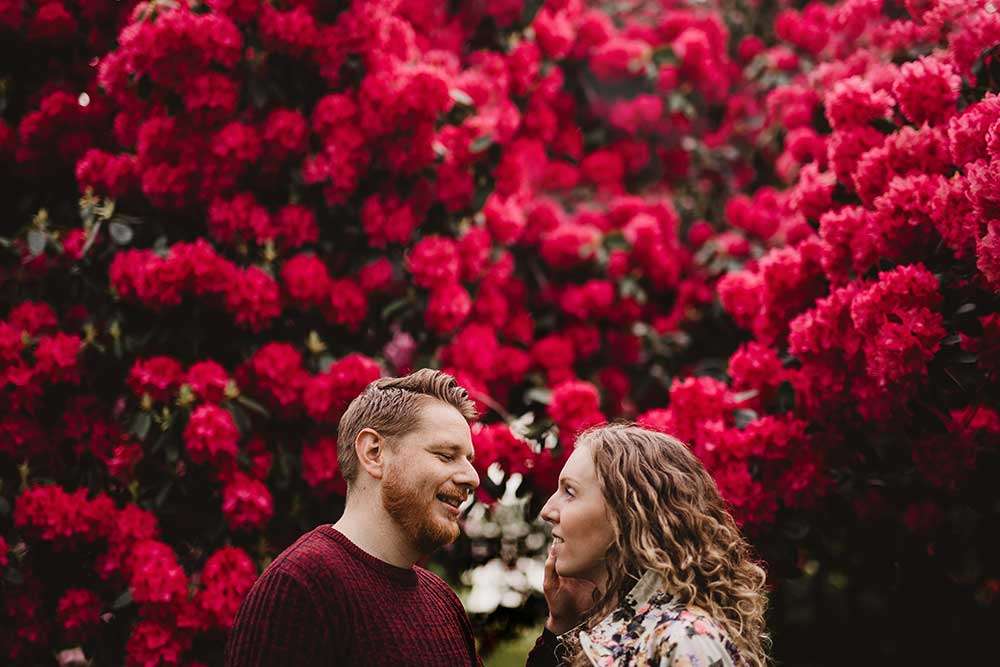 Why you should consider an engagement shoot

Katie and Dave’s take on their engagement shoot at Graves park in Sheffield
You may dread the thought of having your photo taken on your wedding day, never mind intentionally booking an ADDITIONAL shoot prior to it! But they really are a great way to build a relationship with your wedding photographer and it helps you relax in front of the camera. I met Katie and David at Graves Park in Sheffield to take their engagement shots, It was really lovely to hangout with them and get to know them before I see them again next year for their autumnal wedding. I absolutely feel that every shoot is a collaboration between me and my subjects, so it is important to me that the experience is fun, and that no one feels apprehensive in front of the camera. This shoot was a bit of a practice before their big day. I am going to hand you over to Katie and David who will give you the inside scoop on their experience. 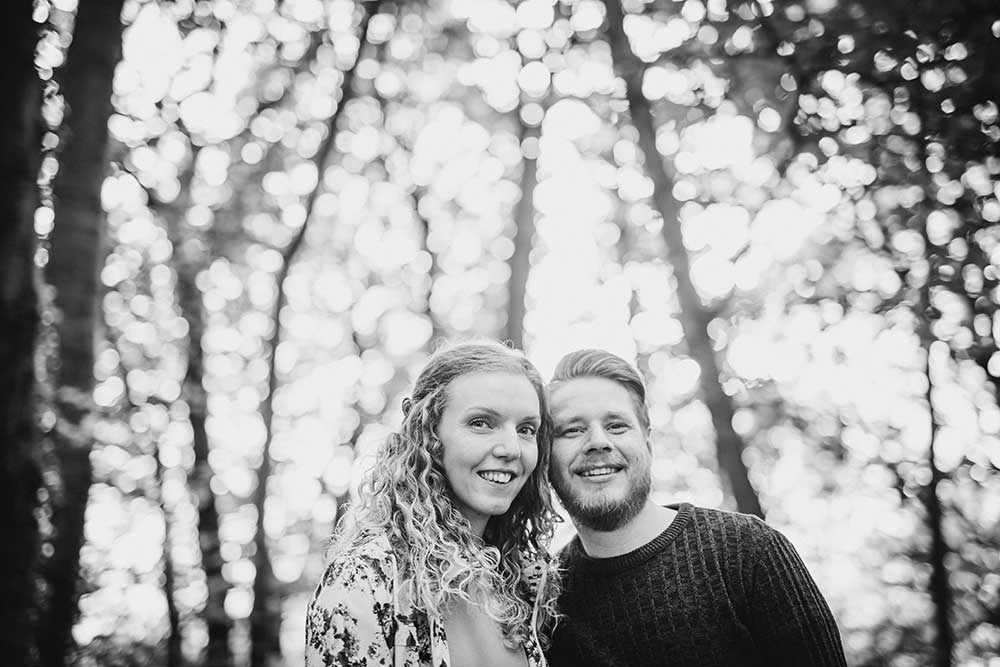 At University, we were on the same course.

2. Who proposed and how?

Dave proposed in New York – a trip we had booked to celebrate turning 30! We’d spent the morning visiting The Statue of Liberty and Ellis Island. Before catching the ferry back Dave suggested a walk, we stopped to look at the view and it was freezing cold so I asked if we could keep walking -but Dave said he wanted to ask me something first and pulled out a ring box. Apparently he had no idea where or when he was going to propose – he
just knew it was going to be in New York, and had carried the ring around in his pocket since we landed, which had been difficult as all the tourist
attractions have security scanners and ask you to empty your pockets!

3. When/ where will you be getting married?

October 2018, I love autumn so suggested an October wedding. We both wanted something a little different and came across an independent brewery that’s licensed for weddings. It’s a beautiful building and Dave likes to make home-brew beer… a perfect fit! 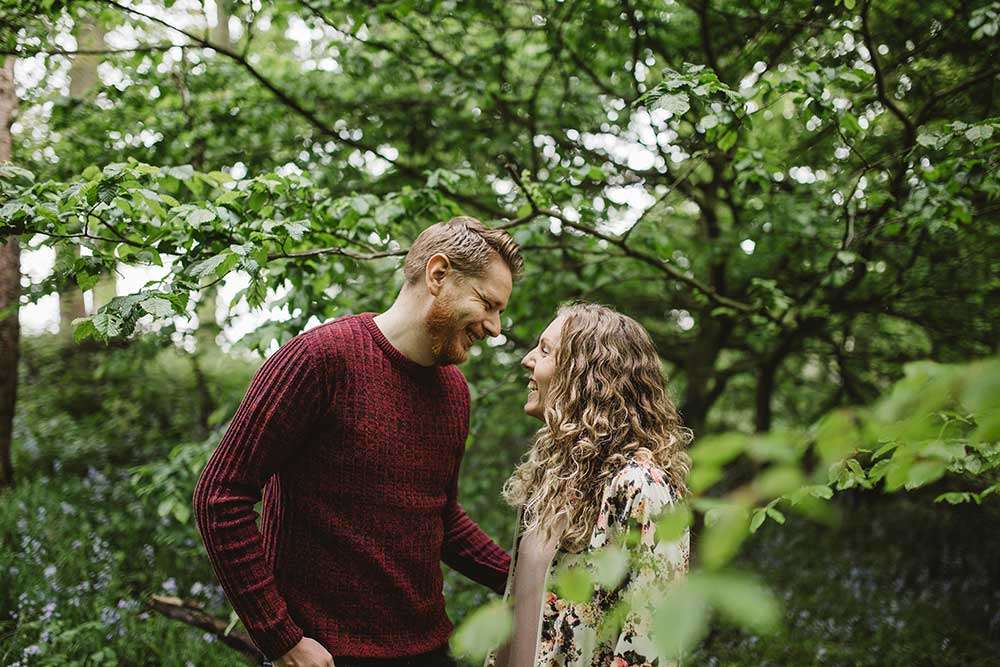 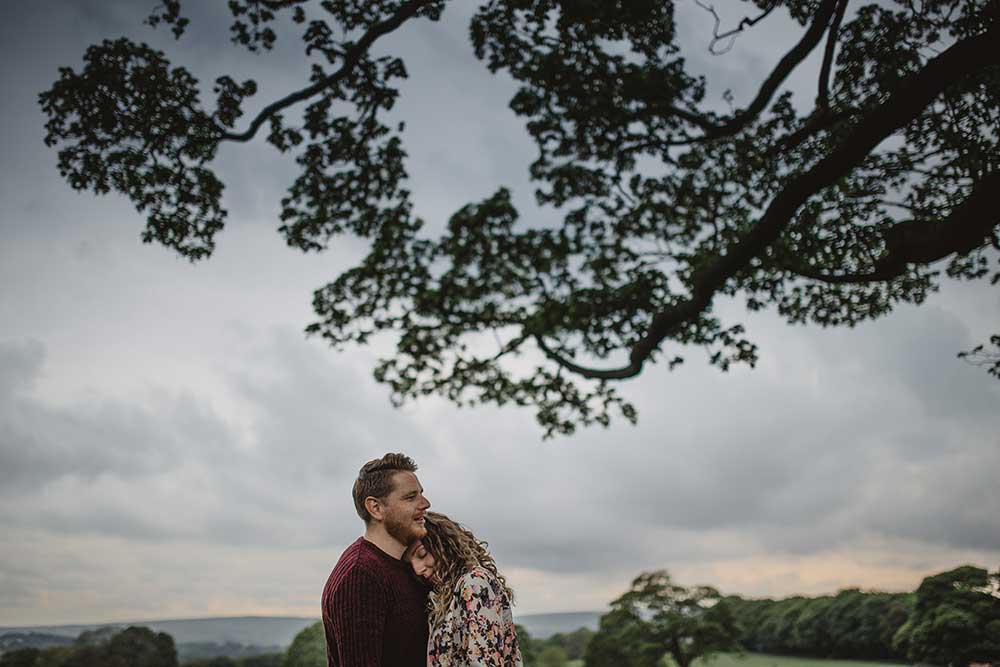 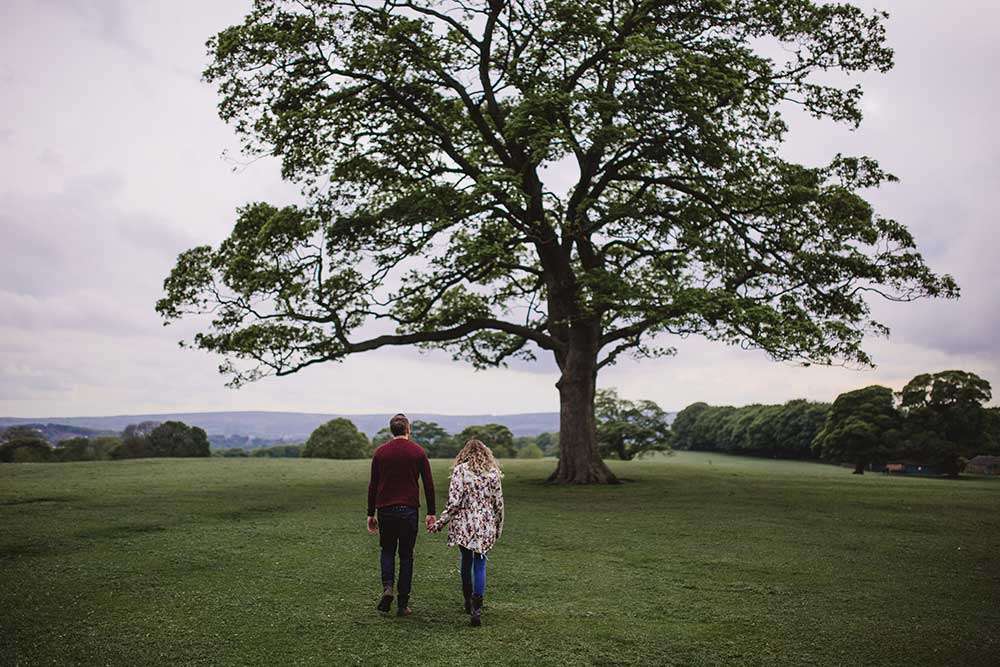 4. How would you describe yourselves (introvert / extrovert?)

Dave: Extrovert – Really sociable, hates awkward silences and will talk to anyone about anything.

5. How did you find your photographer?

My sister saw a Facebook advert for Maytree Photography and thought we would like the photos. There were quite a few autumnal photos, which I loved as they fitted our theme and Dave liked the documentary style of photography. We got in touch with five or six different photographer for quotes but only met Danni face-to-face and wanted to get booked in! 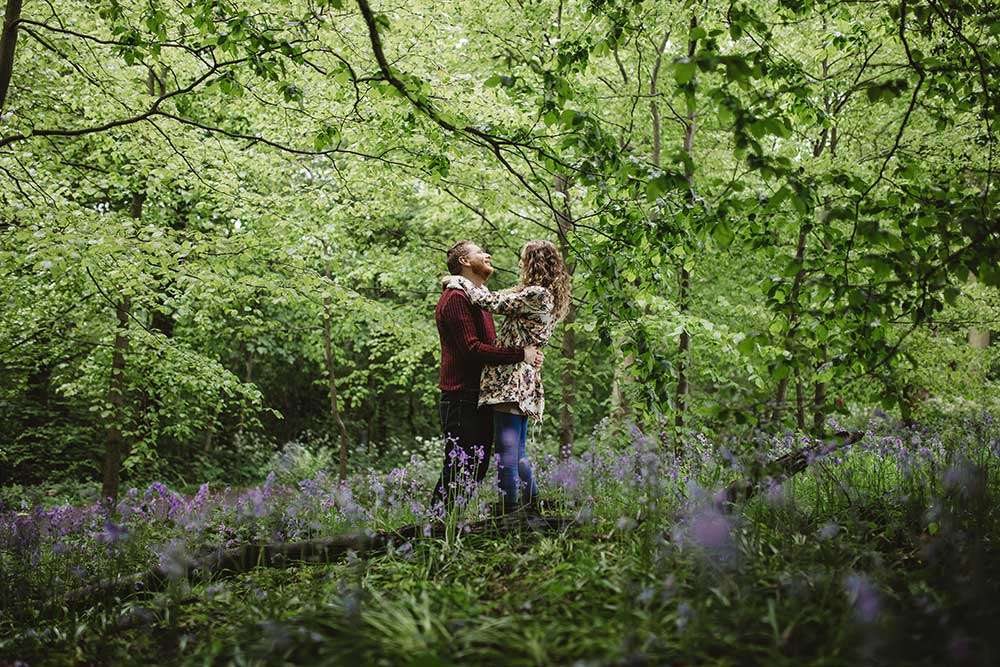 6. Any tips to other couples when choosing their wedding photographer

Think about what you want to get out of your photographer and do your research, but at the same time keep an open mind in case something a little different catches your attention. Also search for relevant hashtags on Instagram. 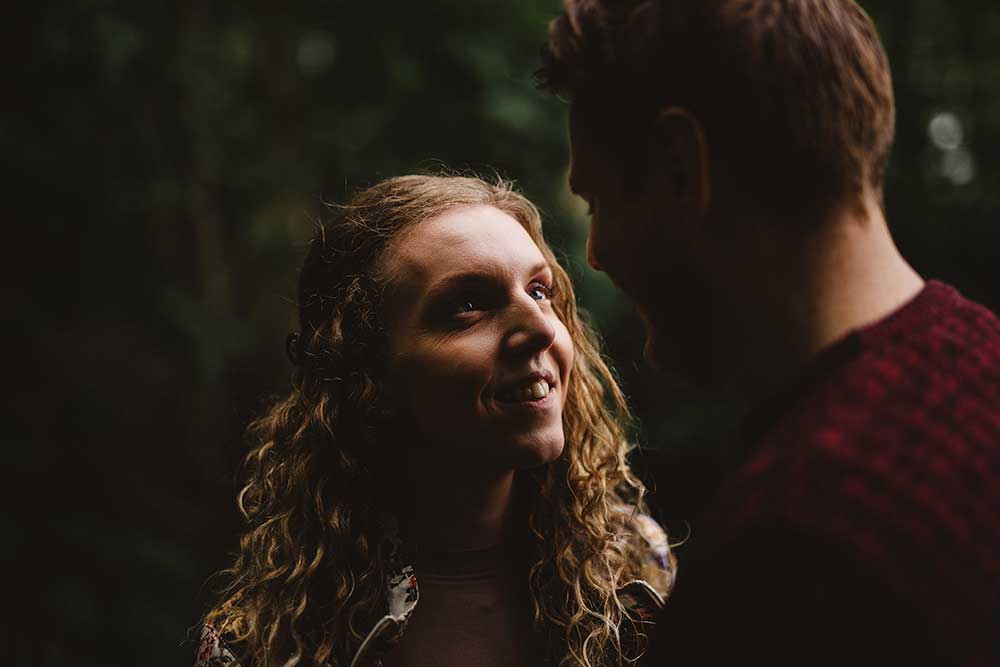 7. What were your first thoughts about having an engagement shoot?

Apprehensive, nervous and didn’t know what to expect. But we thought it would be a good way to get to know Danni and have an idea of what it will
be like having our photos taken on our wedding day. 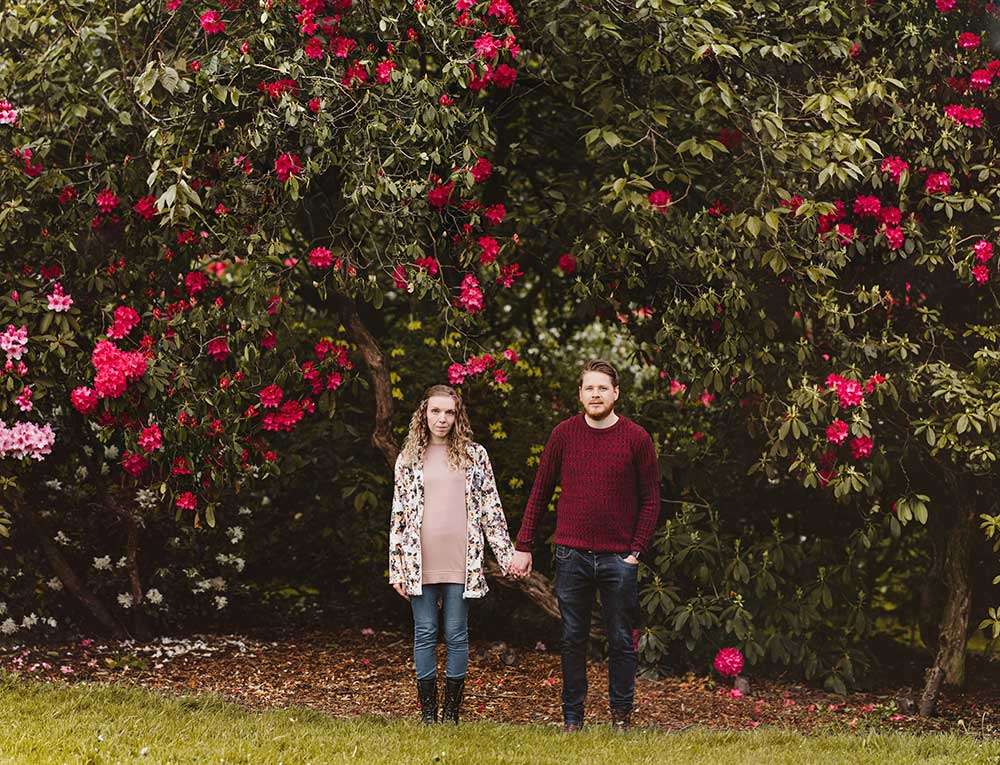 8. How did you decide what to wear?

We wanted to keep the photos natural and thought dressing slightly casual would be best. The days leading up to the photoshoot were non-stop rain too so jeans and boots were a must!

9. Where did you decide to go and why?

We struggled initially choosing a location. We had plenty of ideas but nowhere stood out with any meaning. Dave then suggested Graves Park – a park I’ve always visited growing up and somewhere we enjoy going together. It’s also home to my Mum’s remembrance tree and thought it would be a nice touch to have it in some photos. 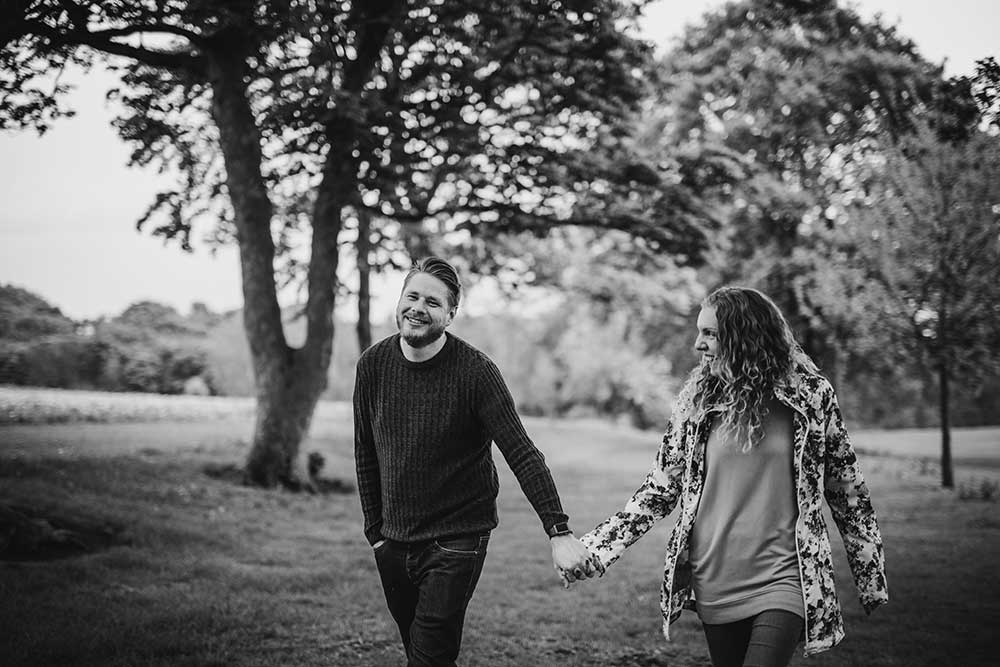 10. Did you have any preconceptions of what the shoot would be like?

We honestly didn’t know what to expect. Neither of us have had anything like this done before and were therefore expecting to feel a little embarrassed. We didn’t think we would be able to relax enough to get good photos. 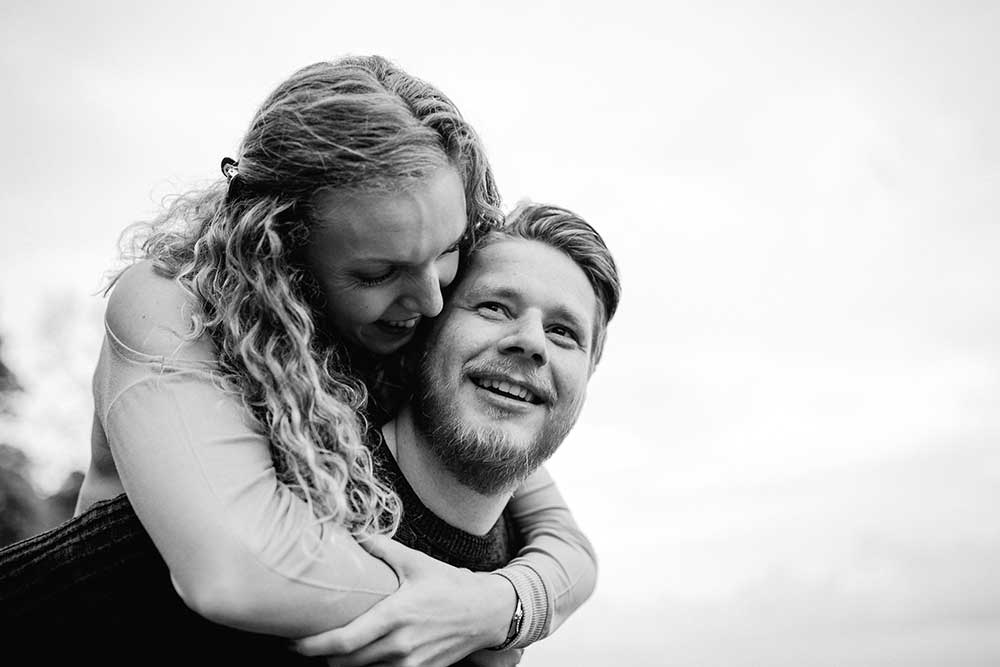 11. Tell me about your experience of the shoot.

We had so much fun and laughed a lot! Danni really put us at ease and had some fantastic tricks and games thatallowed us to relax and forget we were being photographed – resulting insome really natural photos! 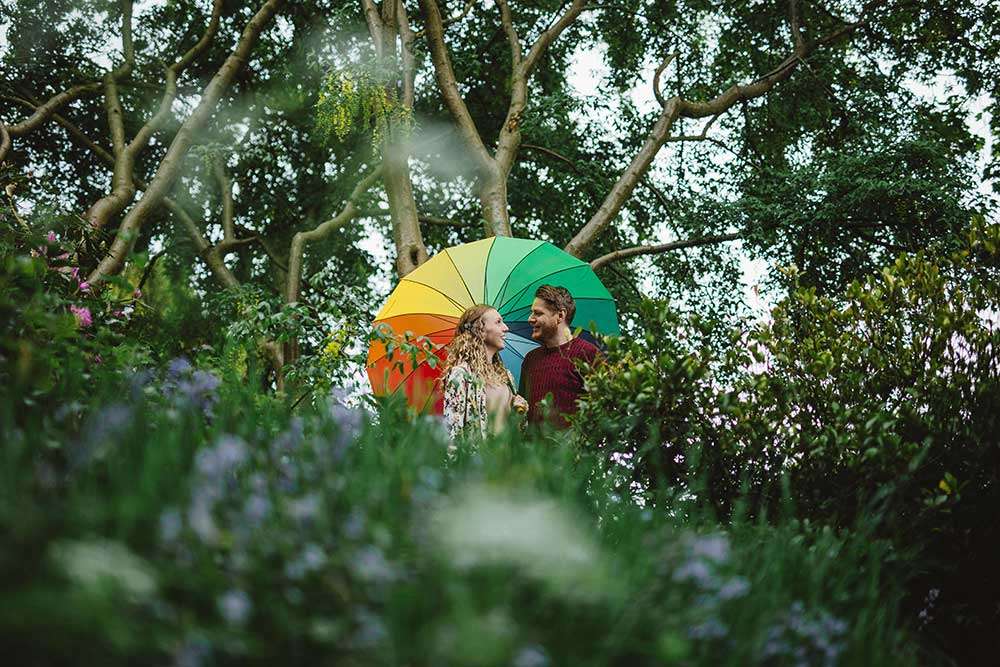 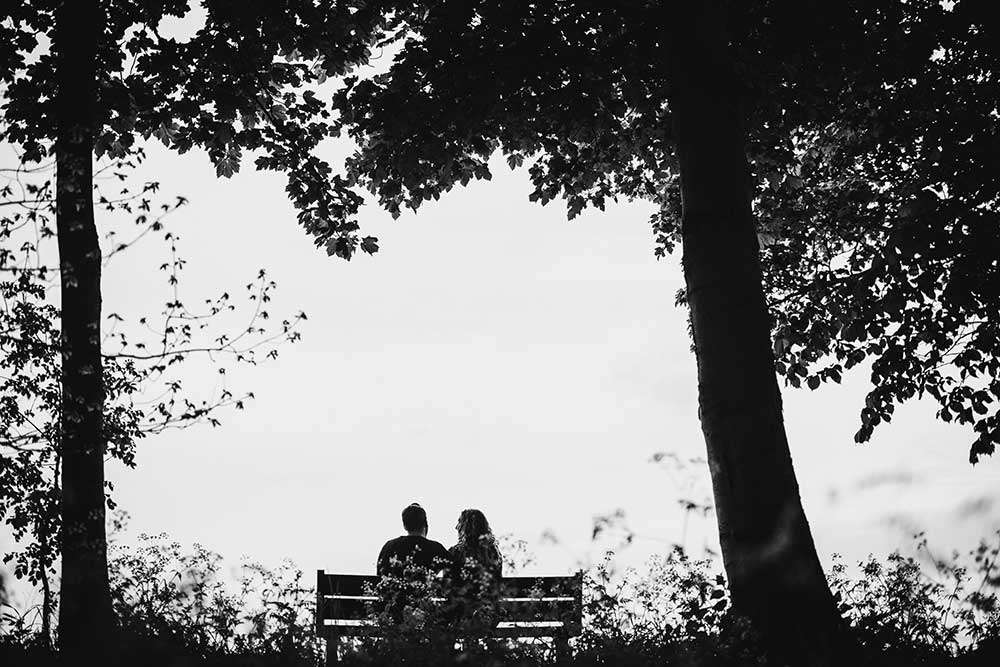 12. What did you think of your images?

We love them! So pleased with how they have turned out. We have a gorgeous mix of fun, natural, romantic and portrait photos some in colour and some black & white. Some of our favorites are the ‘in-between’ photos… Dave was getting ready to give me a piggy back and Danni got a photo of us getting ready, it’s just light hearted and really captured the moment.

13. What have you done with them since!?

Plastered them all over social media!!!We’ve also made a photobook and are going to have some printed to put up around our home.

14. How does the  experience make you feel about your wedding photography?

Excited! We’ve come away from our engagement shoot with some stunning photos and that was just in a city park on quite a drab and dreary day… so I can’t wait to see what Danni can do at our wedding.

We’re both so glad we went ahead with the engagement shoot. It’s allowed us to get used to how Danni works, what it’s like being followed
with a camera and we know we will be so much more relaxed on the big day.

Want to book a shoot with me? CONTACT ME and we can have a chat about it. x